1. Given a cube with side AB of length a, we use clay to construct multiple hexahedrons with sides of the same length.

2. On the upper surface of these we hand-model various subjects based on images from the Tuscan countryside. Each module having the above characteristics will be known as a CUBETTO..

3. By uniting, rotating and interchanging each and any of the cubes a great number of possible compositions may be obtained.

4. Every composition can be extended indefinitely by adding more cubes to the original nucleus. This can be done almost at once or gradually over the course of time. There are no rules for creating the MODULAR LANDSCAPE. The use of the imagination is highly recommended! 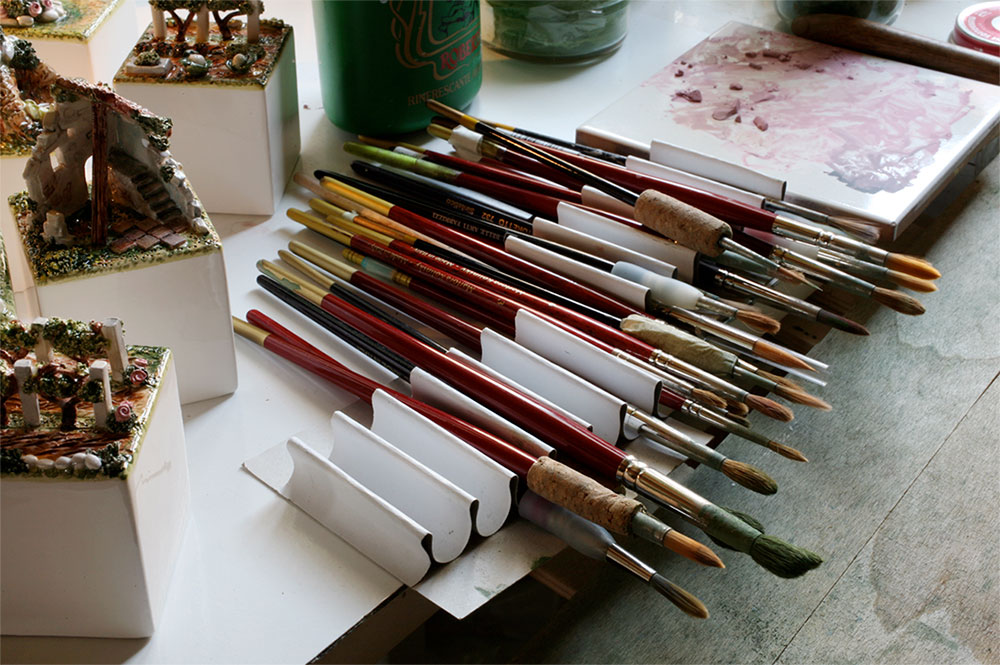 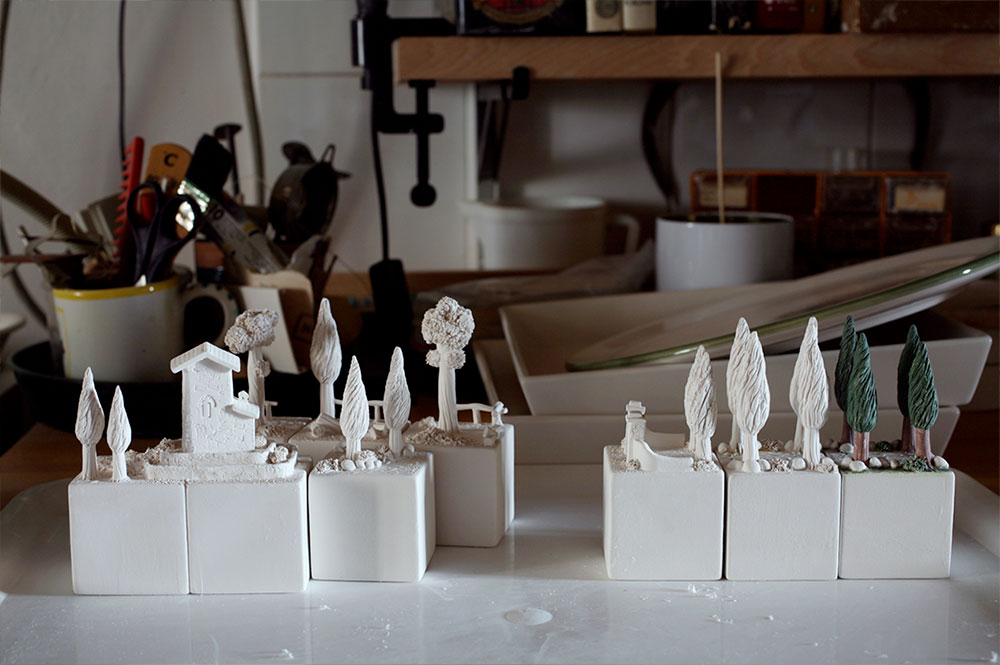 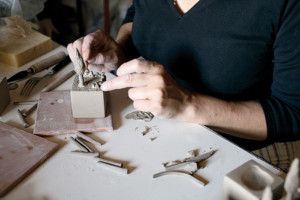 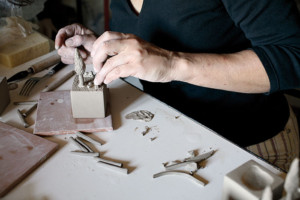 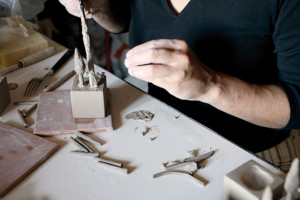 In 1999, as I was taking a country walk in Chianti, my eye fell upon a straw stack of the same shape as the straw stacks of my childhood. Never since then have I seen another stack built in that particular round shape.

That kind of stack was supplanted by those made of oblong bales, and later by huge rolls made by machines. Out of curiosity I asked a few people born in 1925-1935 to tell me about their memories of these old-style straw stacks. The tales I heard were always accompanied by smiles and told in spirited tones. I could see the pleasure of memory sparkle in their eyes, and hear it in every phrase. It was clear from their stories that the pleasure of working together lightened the toil of manual labour.

The straw stack was usually built near the threshing floor, where the grain was separated from the stalk by a threshing machine powered by a steam engine. The straw was piled up around a long, stout pole stuck in the ground, which served to support it. In the course of the winter the straw was sliced off as needed with the help of a special blade, and used in the stalls as bedding for the animals. A recess was often made in the straw stack as a kennel for the farm dog. Hence the saying, when we wish to compare a person’s shouting to the barking of a watchdog, “Ma che sei, un cane da paglaio?!” (What d’you think you are, a dog in the straw stack?).

When I was little, I liked to imagine that those big straw stacks were the hairy heads of giants on holiday. Those same giants loved to munch succulent apples and leave their enormous cores scattered about the fields. 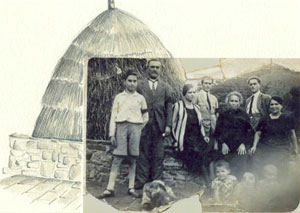 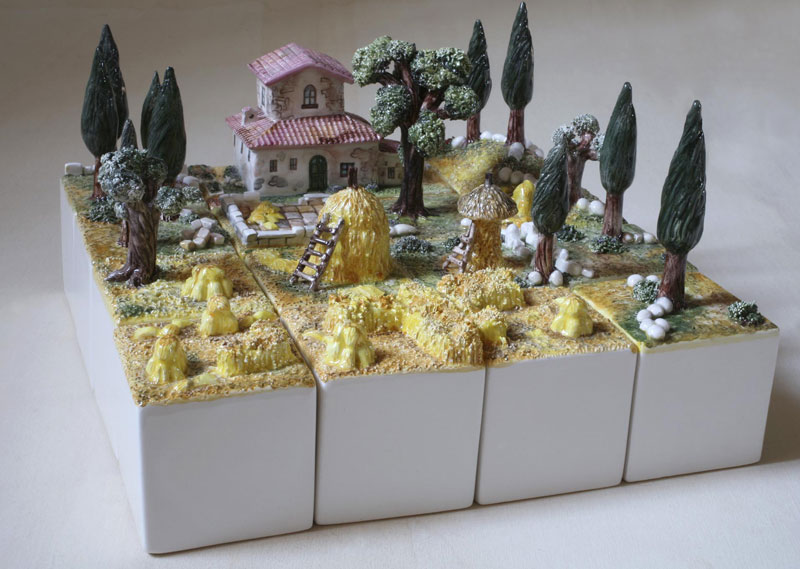